Syncing to Azure can be seeming slow particularly when your in a hurry to get object updates and additions to Azure.  Passwords resets for users are sent nearly immediately however other changes to Active Directory objects are not so fast to sync. They can take 30 minutes or longer. Sometimes a little less because the next cycle is already less than 30 minutes.

Other factors can lead to slow Azure Connect software and server sync times. If there are issues with the local domain controllers then that will result in slower times. I have seen that occur where local replication problems with slow replication from the Azure ad connect server to azure. it is best to fix those issues sooner rather than later. Issues such as slow syncing or active directory problems can often be resolved using software for remote access. Software for online desktop support is such software that permits access and control to a remote computer . Once access is achieved, the desktop or server become the jump point to another network devices and servers. The online desktop support software could also connect directly to the Sync server.

On the Azure Sync server open an elevated Powershell Prompt and run the following command as shown in the screen capture o sync new objects or update properties in AD of existing objects.

Disabling auto screen lock in Windows Server can be done without using a domain group policy. Only the local computer policy is required so this won't have to be applied to other servers.

Start by opening local group policy. Click search or the windows icon on the taskbar then begin typing Group and select Edit Group Policy . That will start the right console. 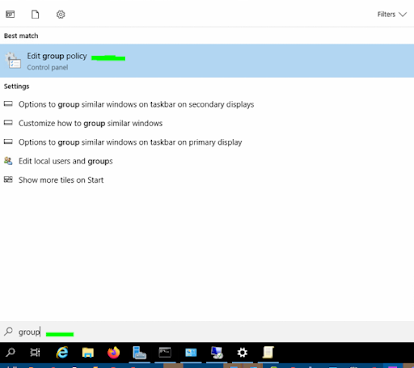 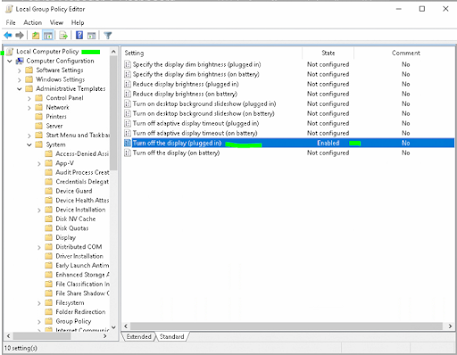 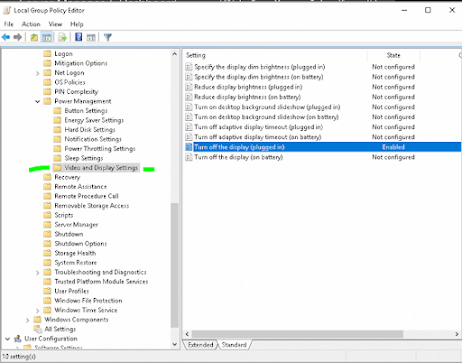 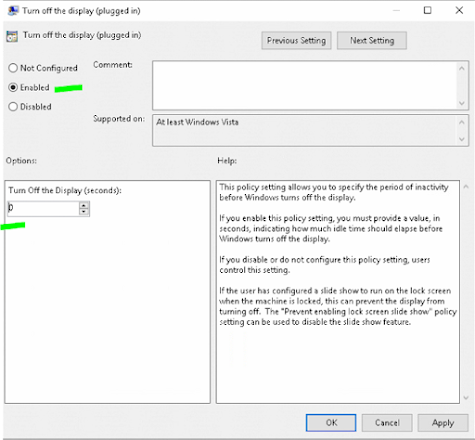 Open an elevated command prompt and run gpupdate /force. Running this command is really not required for a local policy but a good habit to get into if you will also be creating or editing Active Directory Group Policies.

That's it. It has worked for me every time. This may also work for Windows 10 and Windows 11 but I've not tested yet. 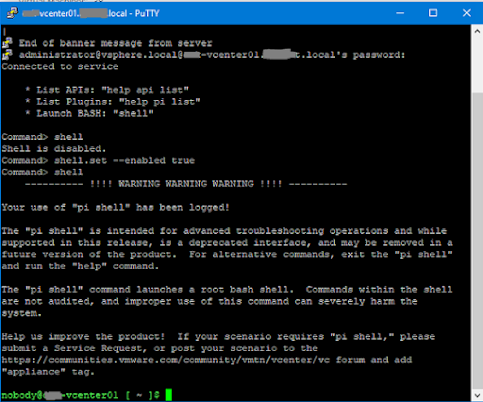 You may encounter after logging into the console of a vcenter appliance either through vmware console or using putty or other SSH client tool, bash is disable.

Quickest fix if you have reached the point of logging into and have the small menu of options that includes List APIs, List Plugins, Launch BASH is to run a command to enable BASH shell.

On the surface, it looks like you can't enter any command but indeed you can.

This enables BASH shell for vcenter, then type in shell as you would normally and the BASH shell loads for you.

A Dell server or desktop service tag can be found by using a command line and no additional tools installed. This is achieved simply through a common Windows command window. The command line works on Windows XP and above. Dell BCM utilities other other third party software does not need to be installed. The functionality to retrieve and display the service tag, serial number, and other information is built into Windows.
On an HP system (server or desktop), the system serial number can be retrieved and displayed very quickly by starting a command prompt and typing in :
WMIC BIOS GET SERIALNUMBER  (the command can be upper or lower case).

On  Dell server or Desktop/laptop system,  the same command line will display the service tag.

Without third party utilities installed on  a "white-box" system, the serial number could be displayed using the same command used for displaying the serial number and service tag. The serial number will be if the manufacturer has entered into the property field which is queried when the command is executed. Commonly however, when trying to acquire the serial number using Windows Management the results "To Be Filled by O.E.M." .

DMIDECODE may have to be installed first if not available.
The utility can be installed by executing the following:
# yum -y install dmidecode

With so many scams on the internet coming in the form of email. The two most common are emails with attached files, and the second most common is emails that look to be from legitimate sources but are spoofed (faked" to look real. They are from real legitimate companies doing real business and providing real services. The most common of those are conceived to look like email communications from banks. Since many people have become more savvy, the use of the fake bank emails has become less popular for the spammers and scammers. They use other methods such as the case of eFax, or documents sent from multi-function copier/scanners which we all have in our offices today capable of sending scanned documents to email. The subject will contain Xerox or Sharp or other well known manufactures of scanner/copiers as in many cases those subjects are part of the defaults of the configuration for the scanner/copier.
The image in this post depicts one of those such scams. It looks like a real eFax notification and contains no attachments, just links.

Clicking on one of those links will bring you to a web site that is not of course from eFax but instead a site that will contain malicious code in its pages. That code will attempt to add malware or some other malicious code to your computer and surely compromise your data and at times the integrity of your network. Another common fake email notification has been from shipping carriers like UPS.
Once of the best ways to check for yourself to determine if the email is a scam and the links are fake is to hover your mouse cursor over the link. Hovering the mouse over the link will show the URL - the site that you will connect to if you click on the link. Depending on browser version, you will be notified of the potential risk and will be required to "approve" continuing to the site. Chrome does this kind of check for bad sites.

Warn your users about this eFax Virus Email

Undoubtedly there will be unknowing individuals who will click on the links within this fake eFax fax message email notification. They will get a virus or two on their systems and perhaps a stealth Trojan that will haunt them, slow down their computer, or even worse hold their files for ransom. The message looks very real and only if you are somewhat knowledgeable or have excellent protection already installed on your system, the bad guys will get them. One point to note, as stated above, Chrome will warn the user and that will help prevent some of the spread of this fake eFax message containing viruses and malicious intent. Having Chrome installed is not enough, it has to be the default browser on the system in use. The link is clicked from within the fake eFax Virus email, the default browser opens and connects to the web site.

The command to start the vCloud Director service is :

The command to stop the vCloud Director service is :

501 Header Values Specify a Method That is Not Implemented 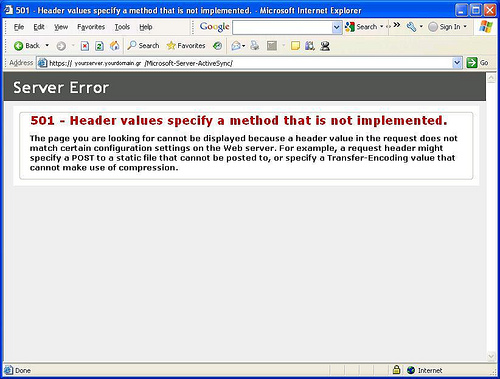 It is possible to test activesync connectivity and availability on an Exchange 2007 or 2010 server without a smartphone. The FASTEST way to test for access to activesync on an Exchange server without a smartphone is to enter the the activesync URL into your browser's address bar and connect to it. The message you receive will look like the one in this post but that is NORMAL. The reason we get that message, as erroneous as it looks, it because it's a browser not a smartphone. The smartphone not only connects to the activesync URL but it also passes login information which we do not when manually entering the URL address into our browser.

The URL to test activesync on an exchange 2007 or 2010 server without a smartphone is :

The the text in the URL is CaSe sensitive.

501 header values specify a method that is not implemented. When receiving this "erro

r" message during an active sync test without a smartphone, it is normal. Test activesync using a URL from a computer via a browser.

http://www.blogger.com/img/blank.gif http://onlineremotesupportsoftware.blogspot.com/ http://www.blogger.com/img/blank.gif
501 Header values specify a method that is not implemented
Enhance and Improve your Support Service
Provide improved  remote technical support to clients and users, even family and friends.  Whether you're  a member of a large MSP network operations center team or a single  person business servicing and accessing desktops from a small office or home office, 4RemoteSupport software for online desktop support  improves service levels for all business sizes.  It is common for MSP and  individual IT support service providers to provide remote desktop access support utilizing multiple desktop screen sharing software. Remote control access software that requires software such as an  agent installed on the remote desktops for  future re-connections tend to cost more than online desktop support software used only when required.  remote desktop software that's agent based, requires installation and leaves a service running. These types of online desktop support software services usually incurs a charge per each remote desktop. Non-agent remote desktop client applications  permits online remote desktop connections when needed and connections are usually initiated by the user on the remote desktop. Most providers will have and use both types support tools appropriate for different scenarios. 4RemoteSupport online desktop support software does not require pre-installation nor require plugin software or framework services like .NET preinstalled. It works with all popular browsers. No browser extensions or plugins needed.
Posted by 2cents at 11/26/2011 09:56:00 AM 8 comments